“Le mamme del Borgo” in the village of Motta Camastra

An invitation to experience family sharing in the Sicilian kitchen

A few kilometers from Taormina, between the Alcantara River Park and Mount Etna, stands Motta Camastra, a small village inhabited by just 600 people, which still manages to express the face of an authentic Sicily that has stood still in time. 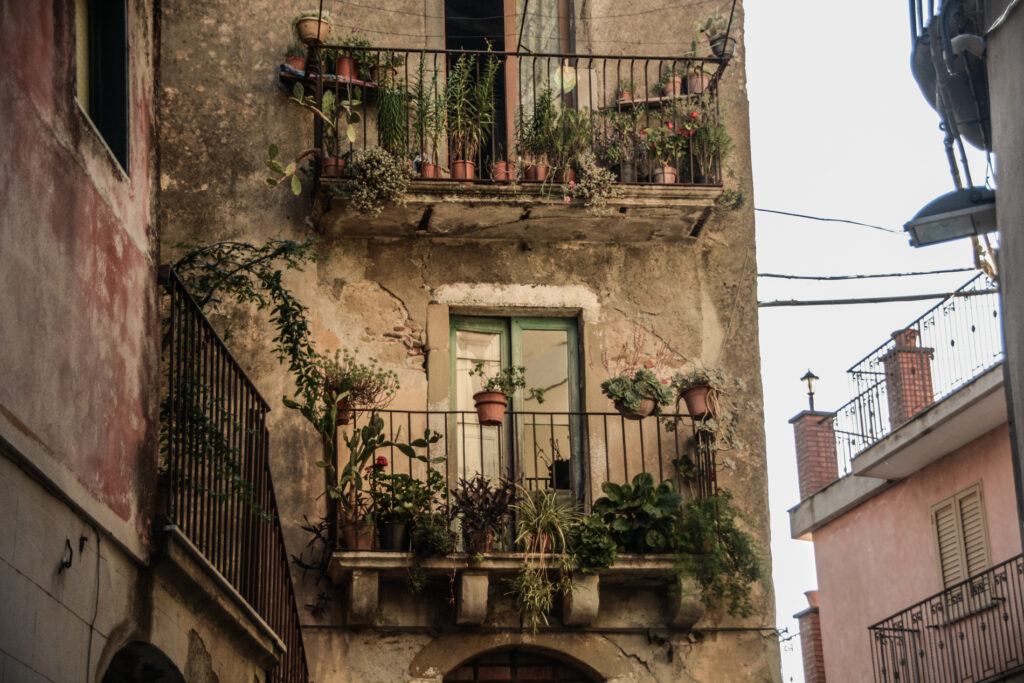 Through the silent squares and the breathtaking views over the Alcantara Valley, the narrow and fascinating streets, the hidden corners where life passes slowly, is set a natural culinary and social experience put in place by the “Mamma del Borgo” ~ “The Mothers of the Village” which tells the story of Sicily in its simplicity and naturalness through home cooking. 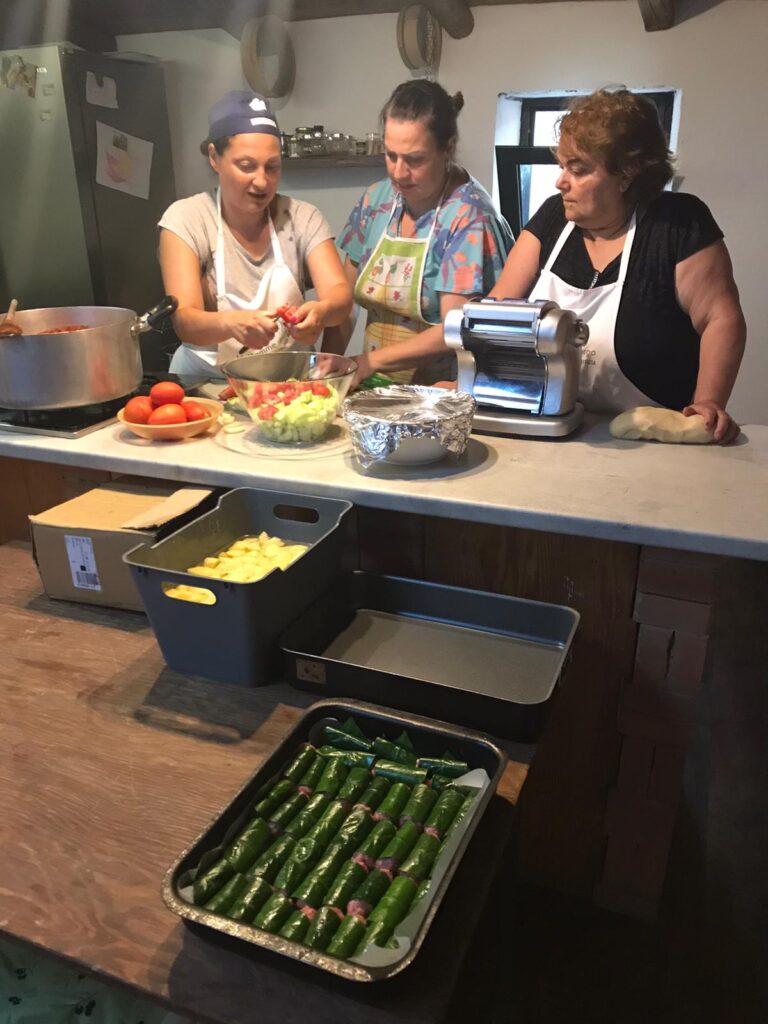 In today’s economy on the margins of tourism, where employment opportunities are scarce, the young people but also the not so young, are forced to leave their origins to find a future elsewhere. However, a group of courageous, creative and enterprising women and mothers created an opportunity for themselves. They offer — with genuineness and attachment to their land and their traditions- a new way of hosting.

The project is called “Mamme del Borgo” and it combines traditional cuisine with moments of shared joy, dishes exclusively based on local products and the camaraderie and connection between local people and tourists. In fact, the goal is not only to create an employment opportunity but also to re-evaluate the area. 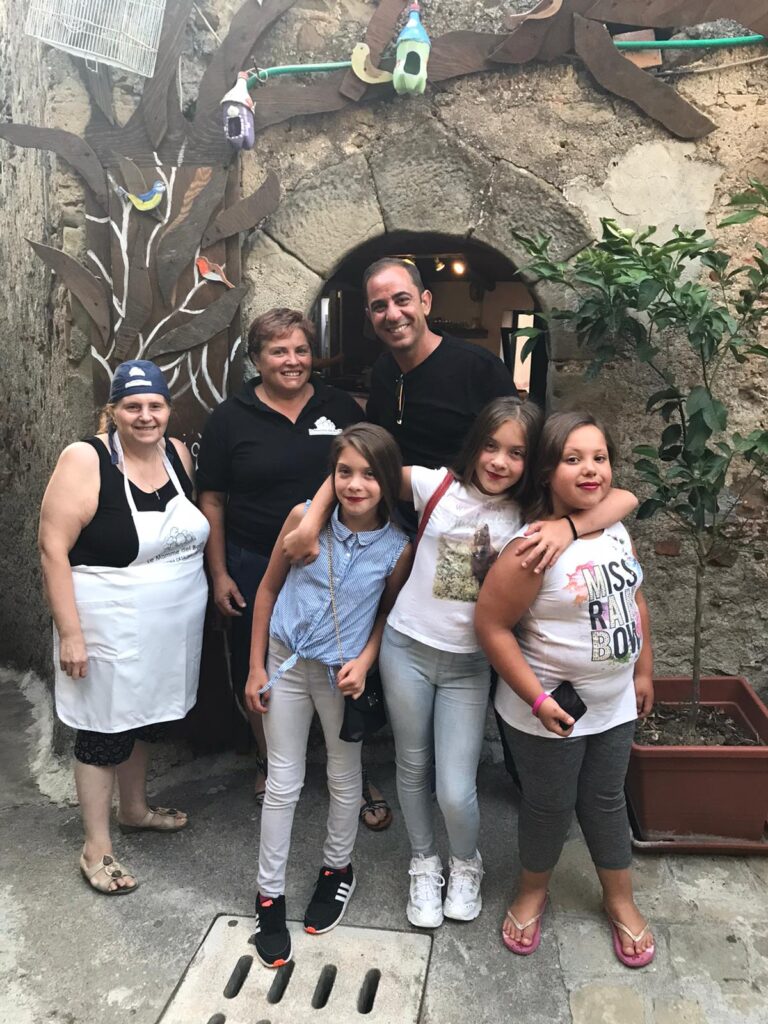 The raw materials come from the surrounding countryside, so everything is zero kilometer. The preparation takes place inside the mothers’ home in full compliance with the principle of community sustainability, which characterizes the activity at every stage and makes it unique in its kind in Sicily. Interaction with local people is certainly one of the aspects that makes the activity engaging.

Typical products of Sicilian cuisine- including hot baked ricotta, caciocavallo, pecorino, baked peppers and stuffed aubergines, make up the appetizers. Followed by the preparation of maccheroni alla norma and arancini with wild fennel from scratch was definitely one of the most fun activities.

Considering the time and dedication required to make these dishes, they are generally only found on holidays and Sundays on Sicilian tables, which makes the experience all the more special.

Preparing macaroni is an art that has been handed down from generation to generation. Being part of this tradition, directly in the kitchens, alongside the mothers of Motta Camastra allows you to savor the pleasure of family sharing that you can only breathe in Sicilian homes. 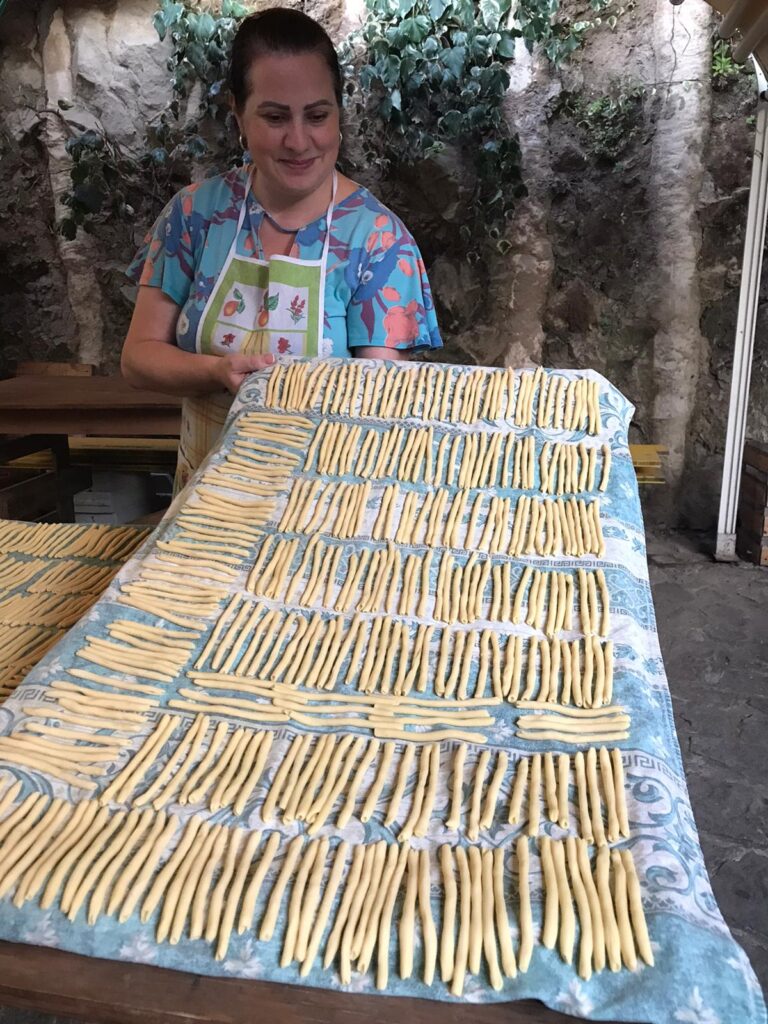 At the end of the meal you cannot miss the dessert, the pancakes stuffed with ricotta and covered with a delicate layer of sugar. The wine served is the local one, the result of the work of the local farmers who with millenary techniques create a 100% organic product.

To make everything even more unique and wonderfully authentic- are the companions. The children of the mothers and a group of young people from the village who with naturalness, sweetness and spontaneity accompany guests along the alleys of the village, making them discover the corners that otherwise they would distractedly risk to lose. They are also the protagonists of an experience that will remain in the hearts of those who have the honor of living it. 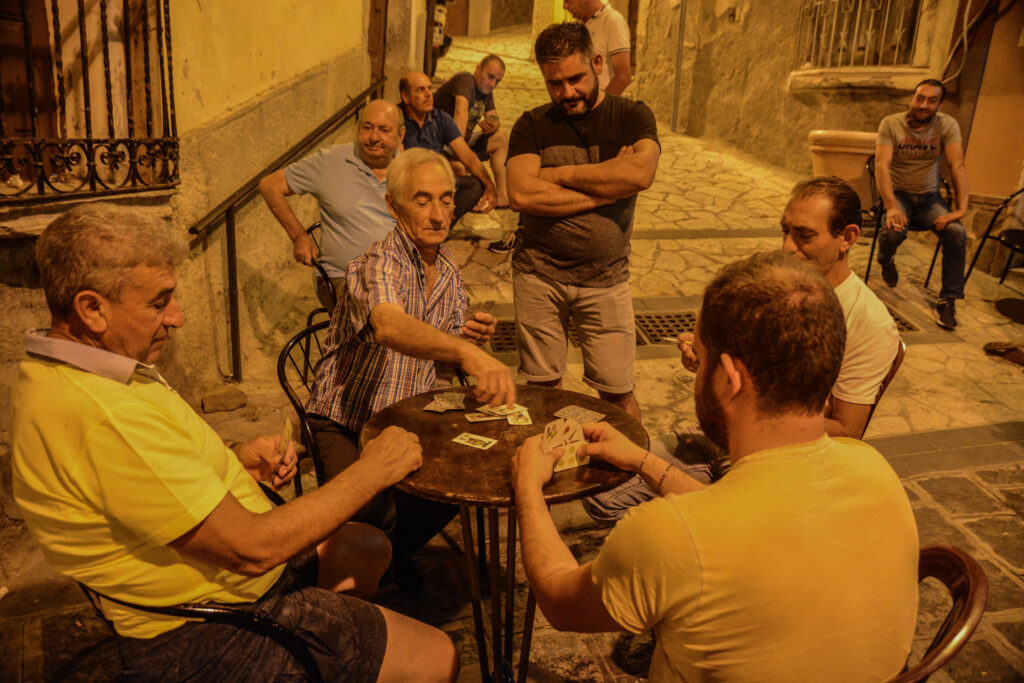 It’s not all. Motta Camastra, with the nearby  Castello degli Schiavi and Bar Vitelli , was chosen in 1972 by Francis Ford Coppola as the shooting location for the film “The Godfather” to take on the role of Corleone.

One more reason to get to know the village that has been working tirelessly since 2016 to let anyone who reaches it experience the traditional hospitality of Sicily.