Between Realmonte and Porto Empedocle (Agrigento) there is the white cliff known as Scala Dei Turchi (Turkish Steps).  The rock is made of calcareous, tender, clayey, marl and is blinding white in color.  Mother nature, the greatest of artists, along with the ocean and brackish breeze has over time worn down the rock face and smoothed every edge to create a soft and sinuous series of terraces or steps.  Taking advantage of the blinding white, the sea here shines an even more brilliant blue, and when seated upon the steps gazing out into this intensity, it’s very easy to drift to your happy place.  The form that this monument of nature has assumed is similar to that of a stairway, hence its name stems from the legend that during the Moorish invasion that raged in ‘500, the “Turks” (erroneously named) landed near today’s Realmonte and climbed up this cliff. 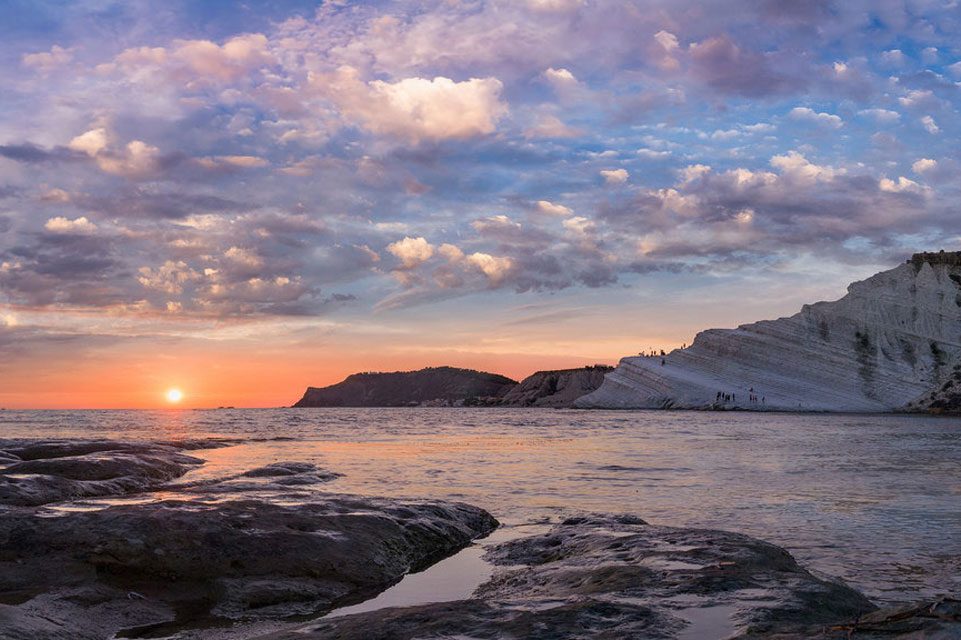