Arab-Norman Palermo and the Cathedrals of Cefalù and Monreale

You’ll find Palermo on the northwest coast of Sicily and as a World Heritage site it a series of religious and civil structures, some dating all the way back to the Kingdom of the Normans. This time was characterized by an exceptional convergence between cultures that coexisted on Sicily, that is, western, Islamic, and Byzantine, which gave rise to new concepts of space and decoration in art and architecture.  The cultural exchange generated a combination of unique elements derived from the different techniques used.  A new and extraordinary synthesis of styles fused by Byzantine, Muslim, and Roman elements, all contributing to the development of the Mediterranean culture.  The site is listed last in chronological order on the World Heritage list for 2015, and is an unbeatable example of the political and cultural conditions that were taking place in Sicily during that time period, all characterized by a profitable cohabitation of diverse populations with different religions, that favored the exchange of human values ​​and the flowering of lively cultural fusion. 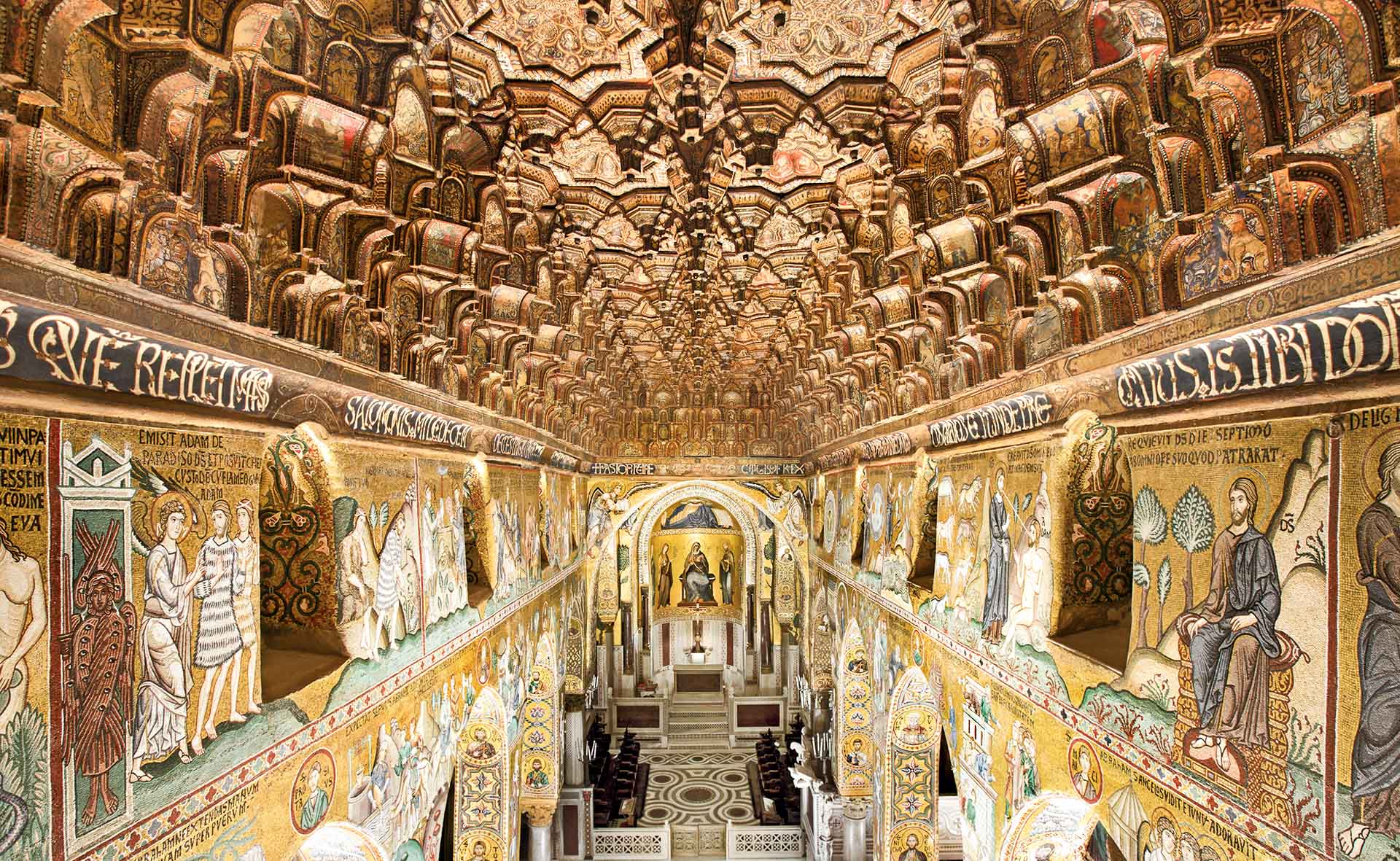