For centuries, the first week of February has been a special time of celebration to people of Catania. Starting on the 3rd of February, begins the Feast of Sant’Agata — a three-day long celebration, full of faith, devotion and tradition.

This incredible event brings tens of thousands of devotees to the streets of Catania in a spectacular expression of worship to give thanks to the city’s patron saint – Saint Agata.

During Festa di Sant’Agata, Catania is dressed in luminous lights, thousands of candles and flowers are offered to the saint and each evening of the feast is celebrated by elaborate fireworks. 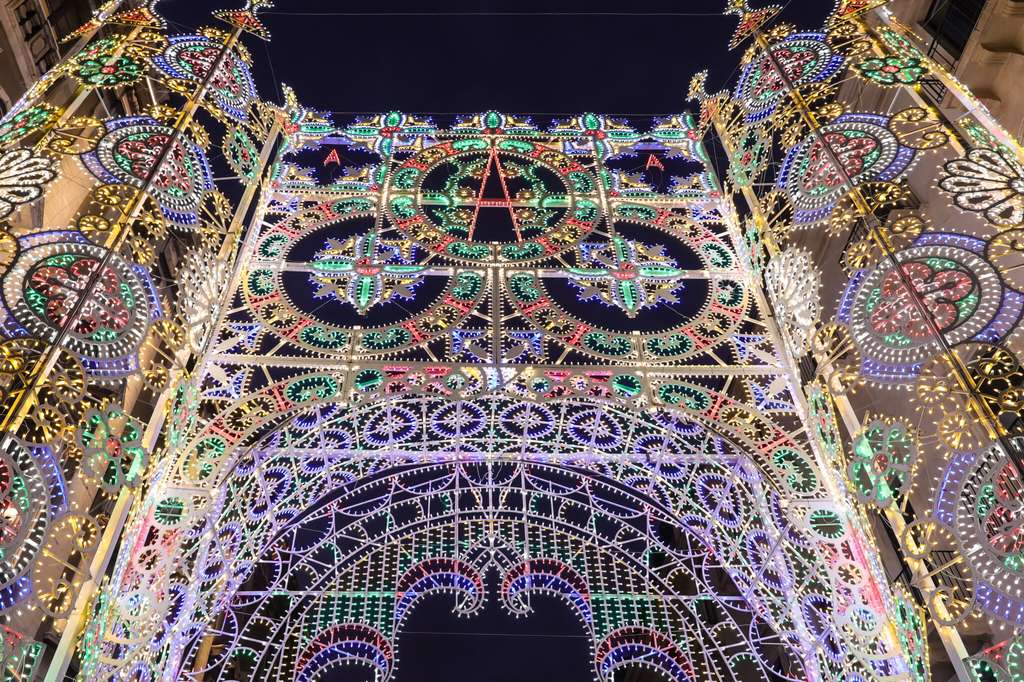 Saint Agata is beloved by all Catanese people for her show of courage and principle at a young age. The beautiful young virgin was born into a Christian aristocratic family and decided to devote her life to God.
However, her beauty caught the eye of Roman Proconsul Quintianus. She resisted his advances and marriage proposal, which unleashed a campaign of religious persecution against her. She was rolled on hot coals and had her breasts amputated, and subsequently died a martyr’s death on 5 February 251. Soon after, became a cult figure of Catania and a symbol of Sicily’s struggle against the Roman abuse of power.

Legends of her patronage

She became the patron saint of Catania and legends tell of her protecting Catania against Mount Etna’s eruptions, earthquakes and some epidemics. Legend has it that on February 1st, 252 – just before the first anniversary of her death, the city was threatened by a violent eruption. The inhabitants of the nearby villages, terrified, took the veil that was wrapped around her tomb, and used it as a shield against the lava flow. The white veil suddenly turned red and stopped the eruption on exactly February 5th, the day of her death. 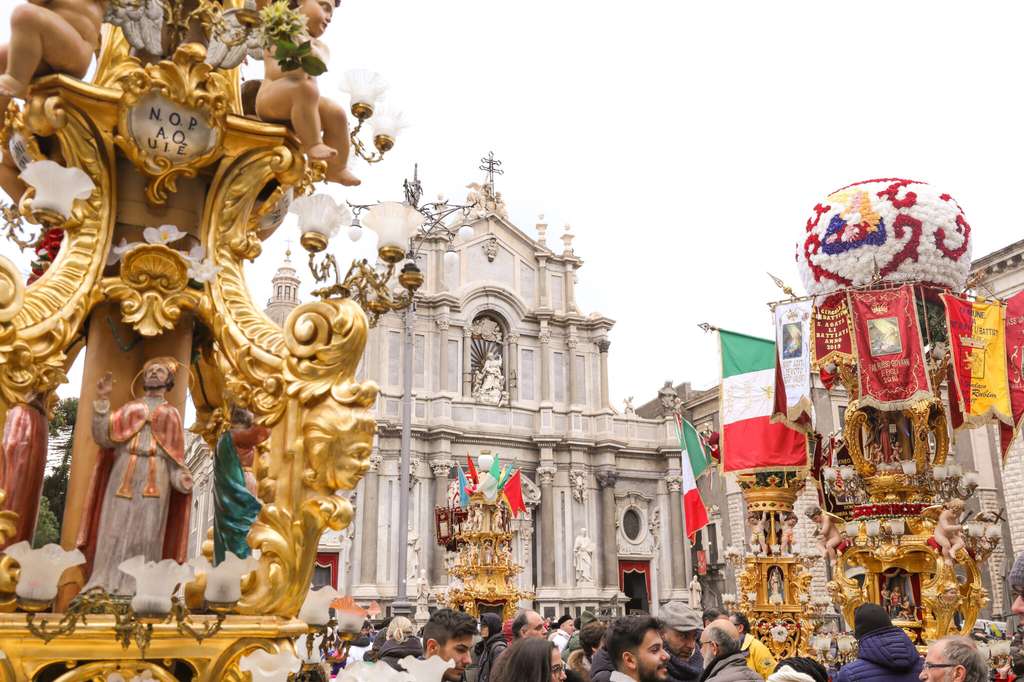 February 3rd — the festival begins with the procession of the cannalori, eleven heavy gilded sculptures each holding a candle. They are carried on the shoulders of men through the streets and eventually to the Piazza Duomo where a concert and fireworks close the day.

February 4th – is the day on which Sant’Agata’s statue is carried through the Cathedral and the city streets. Joined by thousands of worshippers, dressed in white cloth and black caps, the procession takes the statue throughout the city starting at 8am until 11pm, which is no small feat. Devotees carry enormous candles as offerings to the saint and the streets of Catania are covered by sawdust in order to protect the pavement from the burning candlewax. 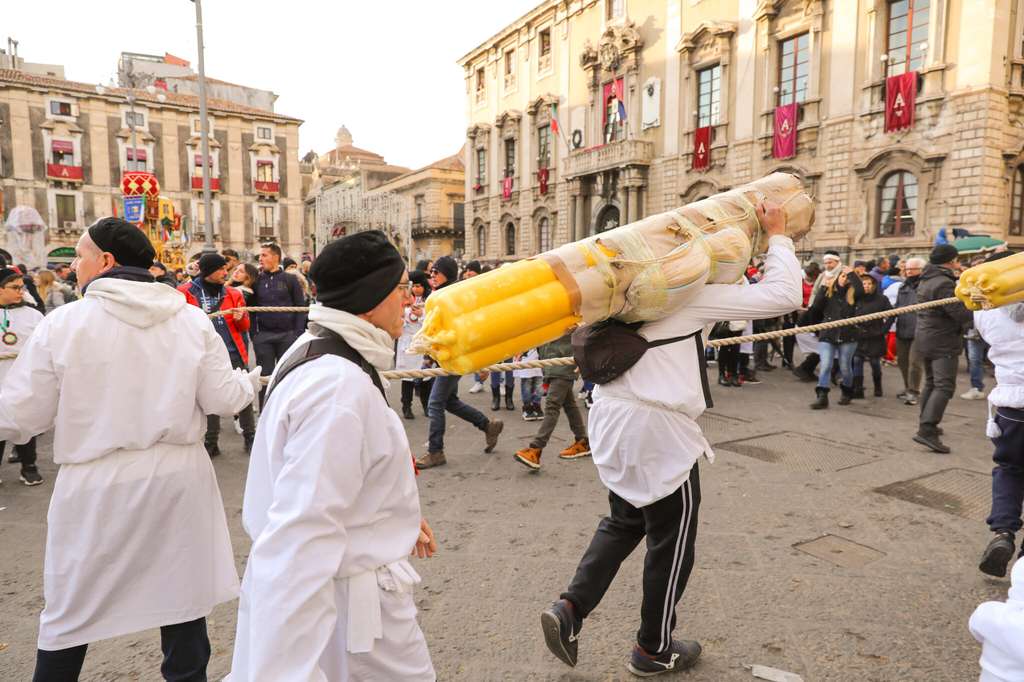 February 5th — the final day, the statue is taken on another tour of the city. The final leg of the procession is a speedy sprint up Via San Giuliano, symbolic of the strength and devotion of the statue bearers in spite of their heavy load. There is also a special stop on this final day on Via Crociferi bythe monastery of Benedictine nuns. The nuns come out to greet Sant’Agata and sing to her, which is especially unique because the nuns do not leave the monastery for the rest of the year.

The Feast of Sant’Agata is a very unique and special experience. During these three days, a collective energy unlike any other embraces the city. Worship, thankfulness, hope, devotion envelop all who participate and regardless your belief or religion, it is a truly spectacular and moving experience.