‘Devotion’, the passion of Dolce & Gabbana by Giuseppe Tornatore

Domenico Dolce and Stefano Gabbana choose the Ancient Theatre of Taormina to present the world their new film ‘Devotion’. A documentary, in which fashion and art are masterfully woven together to tell the story of Dolce & Gabbana’s muse – Sicily; the place that has always influenced their work.

Filmed mostly in the heart of Palermo, the documentary recounts Dolce and Gabbana’s infinite love for Sicily – an inexhaustible source of creativity-, and their tireless passion for their work. Daily devotion, in fact, is the result of the union of two different, but complementary geniuses who manage to interpret Sicily as no one else has ever been able to do.

Their creations show deep respect for the traditions of the island; synthesizing and enhancing its values, diversity and beauty of historical, cultural, artistic heritage.

The path of their fashion, in which cultures, languages and stories are mixed, has made Dolce & Gabbana the ambassadors of excellence of Sicily in the world over the years. The film aims to reveal the most important moments in the work of the designers. From their creative intuition, their notes, sketches and drawings inspired by our magical island, to the staging of breathtaking fashion shows that materialize the strength of their creativity.

Paladins painted on Sicilian carts, frescoes of noble palaces, processions and religious rites, the flowers and fruits of Sicily are some of the many sources of inspiration that find expression in their art culminating on the catwalk. “Devotion” brings to the screen images that combine a strong cultural symbol, the perfect meeting point between Sicily and Dolce & Gabbana. 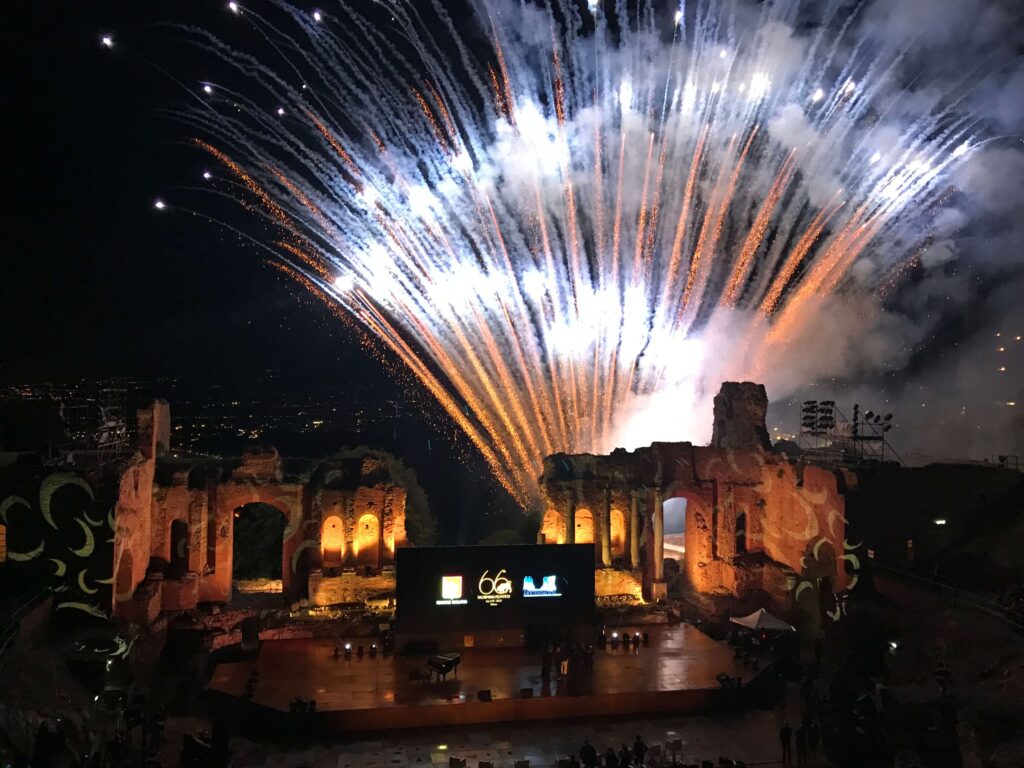 “Devotion, apart from religious devotion, is also devotion to your work, to your land, to your family” says Domenico Dolce. “For me it might seem like a matter of pride. I was afraid to do what we say in Sicilian “a bad figure” because going back to where we started and coming back victorious was quite difficult. I have to say that this journey in reverse, from Milan to Palermo, was a beautiful experience to rediscover and confirm what Sicilianity is“.

“Being in Taormina to present this documentary that Tornatore made about us is a great emotion because we started from here, 8 years ago, doing our first Haute Couture show,” adds Stefano Gabbana, remembering what ties the designers to Taormina and why they chose it as the first stage on which to premiere their film. 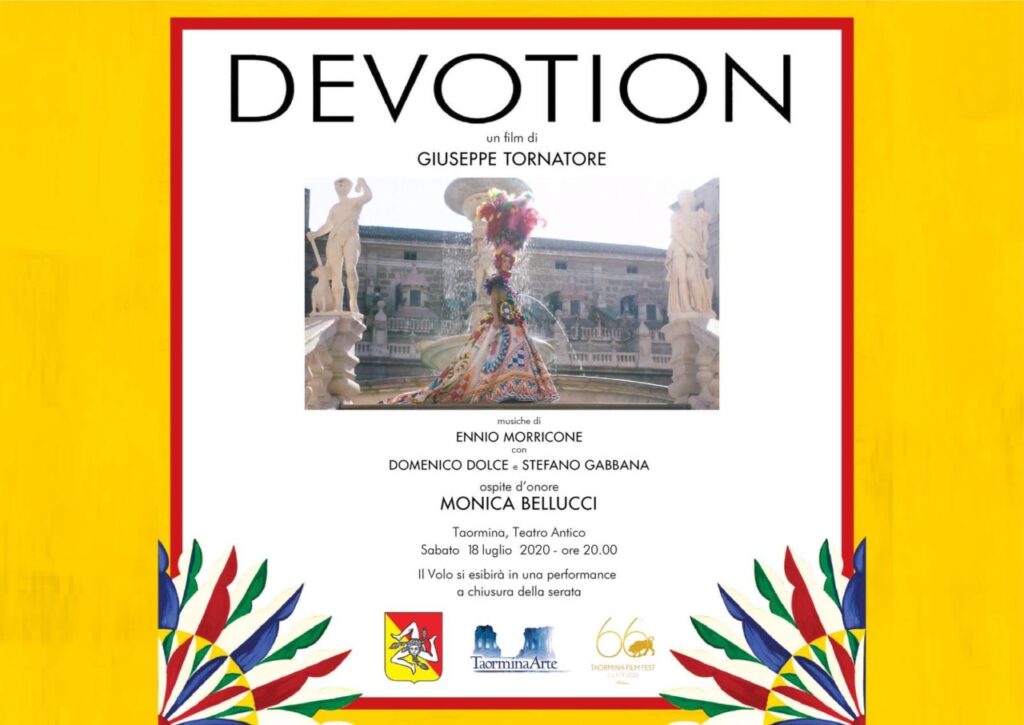 But it is through the words of the very Sicilian Giuseppe Tornatore, with whom the designers have worked on several occasions, that the emotions of Devotion can be transmitted in a unique way:

“The relationship with Domenico and Stefano is characterized by total freedom,” says Tornatore with the bay of Giardini Naxos and Mount Etna behind hseim. “Every time they asked me to do something, they always left me totally free. This is indeed the typical characteristic of their approach to my work.  And even in this case, indeed especially in this case, they have opened their world to my eyes.

I had the opportunity to live with them, to witness their days of daily work for a long time. I had the chance to take back what intrigued me without any limitation. The idea was just to pry into their world made of passion, determination, hard work and to distill everything that was interesting to my eyes…So a movie that’s a testimony. The testimony of the way these two designers work and their relationship so deep and so strong with Sicily…  Perhaps seen 3 years later, this documentary will show you moments of collective life, moments of joyful sharing of the show, of beauty, of a fashion show, of an exhibition of the products made by Domenico and Stefano in an atmosphere that today, after the experience of quarantine, may seem far away in time with these squares crowded with people happy to be together, to share that world together.

Sicily Lifestyle, with tremendous devotion, thanks Domenico Dolce, Stefano Gabbana and Giuseppe Tornatore for promoting the image of Sicily in the world through art, a sublime synthesis of a vision.